Jesus told the disciples as they sat around him on that hill, “You are the salt of the earth, you are the light of the world.”

As the inheritors of God’s mission on the earth, this message is also to us.
You are the Salt of the earth. Hmm, it’s an interesting characteristic, isn’t it? How do we live into being “Salt of the Earth”? We need to learn to lose any sense of pretence that we might have, so that when we meet the poor or rich, the lost or lonely, we can greet them as ourselves, we, as people who have accepted and share God’s love can welcome them without any qualification.

You are the “Light of the World”. In this season of Epiphany when we watch for ordinary things becoming extraordinary in God’s light, this description seems timely.
So are we to reflect God’s light to those around us? I think so. Do you remember that Sunday School song “Jesus bids us shine with a pure clear light”? Obviously, we aren’t walking around glowing slightly, unless you hail from the more radioactive parts of the world, such as Aberdeen, but we have all seen the way love and kindness radiate from some people. The way that we somehow sense that Gods love is shining through that person. Jesus tells us that we need to be one of those people, full of God’s light. And similarly, our places of worship need to reflect that light. St Barnabas is a little more tucked away, so it has to shine brighter than St Paul’s and St Mark’s which are in such visible spots. WEW could do a lot more in this particular aspect, average signage and less than average maintenance does NOT reflect God’s light, I am afraid.

A new team was formed late last year: the Big Banner Band, which has a mission of creating large banners to share God’s love and light with passers-by. If you want to join the fun and creativity, please let me know. We are about to start a couple of Easter banners in conjunction with St Albans uniting church.
Live into God’s promise to us. Be Salty and Shine!

God bless you and all those you pray for.
Elizabeth 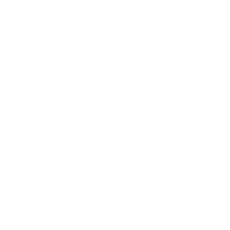 Previous
We can be confident in our faith of Jesus Christ,…
Next
The Way Forward