I always think that there’s no point doing today what you can leave for next week! Several years ago this church was built, it’s safe to say none of us was here when St P or St M were started but we do have some people remembering the starting of St B.

And so the words from Haggai today seem particularly poignant.

Who is left among you that saw this house in its former glory?
How does it look to you now?
Is it not in your sight as nothing?
Haggai 2:3

Over the years time has taken it’s toll. In all honesty, much of the work should have been done sooner, a lot sooner. But we’ve finally come to a point where God has revealed to us that it is time to get to work. We discussed closing centres, merging centres but I think most of us agree that it would be a shame if we did that.

It would be an absolute crime if we kept going as we are currently, just waiting for the buildings to collapse.

We need to get organised: 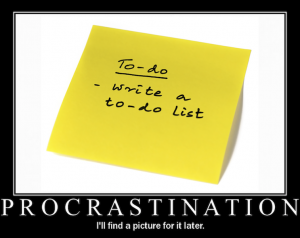  Unfortunately, yet again, the Lectionary has let us down and I’d like to go back to the start of Haggai. Remember these guys have just returned from the exile and have had nothing for the last 70 years. They want to get their houses and farms back in good running order. Listen to what God says:

Thus says the LORD of hosts: These people say the time has not yet come to rebuild the house of the LORD. Haggai 1:1–2

We mustn’t be like them: I think that time has come for us!

In the Hebrew that reads “put your heart on your roads”. In other words, think carefully, your heart will show your priorities is it on yourself or is it on God?

Is it a time for you yourselves to dwell in your panelled houses, while this house lies in ruins?
Haggai 1:4

The people have been putting their priorities in all the wrong places an because of this all their effort is going to waste:

 Judah’s problem was confused priorities. Just like Judah, our priorities involving career, family, and God’s work are often confused. Jobs, homes, vacations, and leisure activities may rank higher on our list of importance than God.

What is most important to you?
Where is God on your list of priorities?

Now I don’t think we’re quite in the same situation as them, God brought a drought on them whereas if anything it’s too wet here!

Never the less, we need to put our hearts on the road ahead. We need to pray about it but we also need to do about it. Why should we do it? So that God will take pleasure in it and the church might glorify God.

Go up to the hills and bring wood and build the house, that I may take pleasure in it and that I may be glorified, says the LORD.
Haggai 1:8

The people respond and come together:

And they came and worked on the house of the LORD of hosts, their God
Haggai 1:14

We need to do that come together and work on the house of God, there are a few problems of course.

It’s easy to get discouraged, look at the task ahead of us, both St M & P need drastic work:

Who is left among you who saw this house in its former glory?  How do you see it now?  Is it not as nothing in your eyes?”
Haggai 2:3

Don’t get discouraged, things aren’t as bad as all that, listen to what God says:

But we will have opposition, some, even within the parish some people will resist, we shouldn’t waste money on these old churches. What’s the point? Let’s concentrate on one centre etc etc

At around this time they were rebuilding the temple and repairing the walls of Jerusalem there was opposition from the locals:

But when Sanballat and Tobiah and the Arabs and the Ammonites and the Ashdodites heard that the repairing of the walls of Jerusalem was going forward and that the breaches were beginning to be closed, they were very angry. And they all plotted together to come and fight against Jerusalem and to cause confusion in it. And we prayed to our God and set a guard as a protection against them day and night.”
Nehemiah 4:7–9

I love that, we prayed about it and we posted a guard!! It’s no good just praying about something, you need to do something too!

One thing we can do is support parish initiatives such as the fashion show. It does two things, one it might make some cash, which will be nice, but I think more importantly it will be an excuse for us to get together, to build up the bonds of love in this body.

We’ve got to find the money of course, but I think that is just an excuse not a reason. God will provide, if it is his will then he will provide, he always does.

The silver is mine, and the gold is mine, declares the LORD of hosts.
Haggai 2:8

I’m not saying it’s going to be easy, it’s not guaranteed, if it’s not God’s will it won’t happen but I think we need to do what they did all those years ago, pray & post a guard! Prayer and action!

Now’s a good time to get your voice on the parish council or as a warden.

Main thing is, trust in the Lord and remember it’s for His glory!

My Spirit remains in your midst. Fear not.
Haggai 2:5

Previous
We are all like Onesimus
Next
Stay Alert!